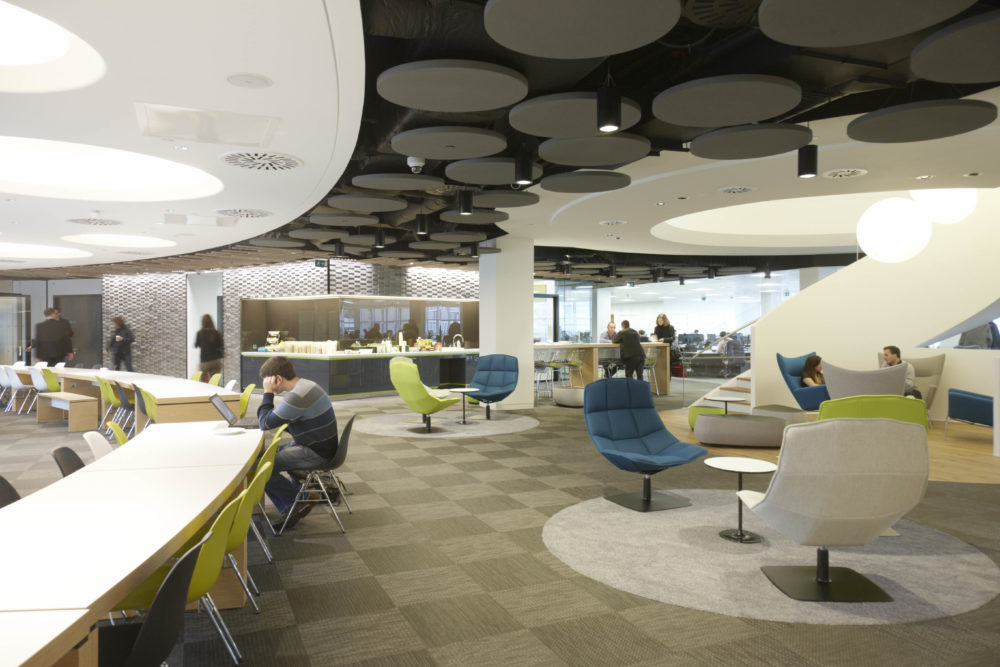 As acousticians, we want to create a better workplace where people have more privacy and are satisfied with their environment. The first step is to be able to measure parameters representative of the acoustic issues found in open-plan offices.

The reverberation time (RT) has been proven insufficient in addressing speech privacy issues due to its temporal nature. Researchers in Finland have developed metrics that have a spatial nature that better correlate with speech privacy in open-plan offices. These single-number quantities (SNQs) are adopted in BS EN ISO 3382-3:2012, to be used as room acoustic parameters in open-plan offices.

The SNQs are:
• Spatial decay rate of speech (D2,S) in dB
• A-weighted sound pressure level of speech at a distance of 4 m (Lp,A,S,4 m) in dB
• Distraction distance (rD) in metres.

Currently, there is no regulatory requirement in the UK for the SNQs and BS EN ISO 3382-3:2012 to be used. An open-plan office can even gain a BREEAM credit simply by meeting the required reverberation time criteria, which has proven ineffective. The use of BS EN ISO 3382-3:2012 and the SNQs are highly encouraged as they relate to the wellbeing of people whom our designs affect. The SNQs should be included in the commissioning tests of open-plan offices as this would improve the acoustics of workplaces in the UK. The SNQs could also be used as objective measures for the classification of open-plan offices according to their acoustic design, which would allow for a better understanding of office acoustics and help us provide evidence-based design solutions in future designs.